Apparently tired of all the love and attention the LA Kings Twitter feed has received this postseason, the Devils took the bull by the horns (or tiger by the blood) by extending an invite to Charlie Sheen to attend Game 5 of the Stanley Cup finals at the Prudential Center. 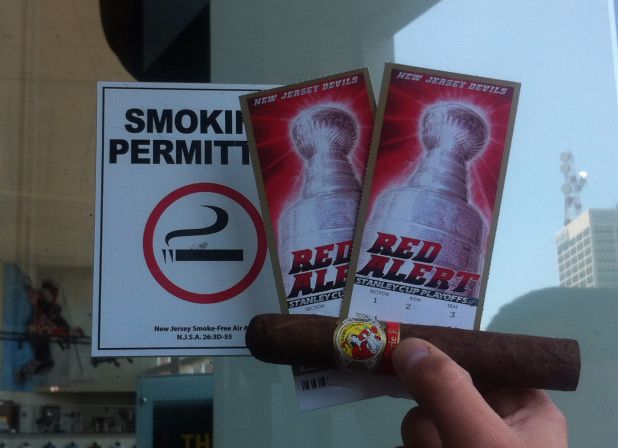 This all stems from an incident at the Staples Center during Game 4 when Sheen temporarily left the building to go smoke. The smoking was fine, but the getting back in part was in direct violation of the arena’s stringent no re-entry rule.

That led to the following:

A little later Charlie’s buddies try in vain to keep him away from the camera. The “Anger Management” star then explains, “Have common sense and common courtesy gone in society? That was what I was trying to impress upon her.”

While Prudential Center is a non-smoking facility, fans can smoke in designated smoking areas located on the main concourse by sections 2 and 4. So if Charlie does show up on Saturday, well, you know where to go.