It piqued everybody’s curiosity. Was it the real Modano? A fake?

If fake, how did this picture end up online? 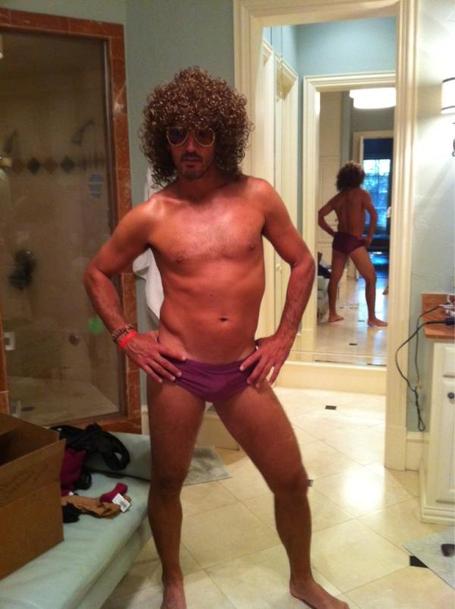 If real, why did this picture end up online?

Turns out @9modano really is Mikey Mo. His tweets are a tad bizarre, but mostly reflect how he’s enjoying retirement: Playing golf, listening to sports-talk radio and being married to Willa Ford. Pretty sweet gig. That’s Ass Burn Hot Sauce, one of the many offered by Big Daddy’s Sauces in Houston, Texas.

“Big Daddy´s Ass Burn is made with cayenne peppers for a medium heat level and awesome flavor,” notes the website. “Goes great with eggs, wings, and Mexican food.”

What remains unclear is if Modano actually tried the sauce. Does that warning mean he tried it and got burned, or was told not to consume the Ass Burn?

This tweet makes me think he tried the hot sauce.